GAIL`S WALK
Gail Baxter volunteer, is organising a sponsored walk in aid of Beyond the Battlefield Sunday 21st August 2016 at Castlewellan Lake/Forest Park. Gail is doing this in memory of Glen Mawhinney & Dean Caudley, two Trophy’s will be given out on the day. 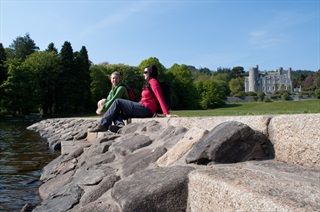 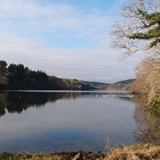 Dean was a member of the Mercian Regiment and had his leg blown off in Afghanistan. As a result of the trauma of loosing his leg he developed cancer. After a successive second brave fight for his life he died at 29 years old. Dean was being treated for mental injuries sustained whilst serving his country by Beyond the Battlefield, who are presently still fighting for his rights in death.
Glen was a member of the Royal Irish Regiment 1st Btn. His illness began in 2003 he got this illness whilst serving, he had a long hard fight over many years to regain his health but unfortunately died in November 2015. Glen was being looked after by Beyond the Battlefield who successfully won his case for which he only got the benefits for a short time. We continue to fight for the rights for his wife and family. Glen also died from cancer at 44 yrs old.
Both these soldiers died in the service of their country. Some give little, these two men gave all. Their families continue to require the support of Beyond the Battlefield who will not let them down. We have a long fight ahead, which we will ultimately win.
We require your support in commemoration of these two young soldiers and for the many we have worked with in the past, the many we work with at present and the many we will work with in the future.
Pledge your support by sponsoring or donating to Gail`s walk, hats off to you Gail well done, I know you have already been working tremendously hard on this gathering support from Michelle, Noreen, Menarys Newtownards, our friends and students at Costa coffee Newtownards, community groups, Police station, Fire and Ambulance stations and a lot of your other friends, lets keep it going. Please pass this on to your friends and share.
Annemarie Hastings
Chief Executive 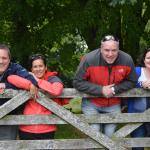 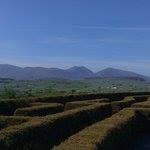 June 14, 2016By Beyond The battlefieldUncategorized

Beyond the Battlefield at the Tandragee Summer Solstice Soap Box DerbyREMEMBER THE BATTLE OF THE SOMME 100 YEARS ON…….